Laurence B. Elbaum, Principal and Co-Founder of Bradford Allen, leads the firm’s Tenant Representation practice. Since opening the firm in 2003 with his partner, Jeffrey A. Bernstein, he has rapidly grown the business, and earned a reputation for aggressively pursuing clients’ interests and achieving superior results.

Prior to starting Bradford Allen, Larry served as a Senior Managing Director for Insignia/ESG, representing tenants and landlords throughout Manhattan. The youngest person to achieve this title in the firm’s history, he completed over seven million square feet of transactions during his ten years with the firm. Additionally, he served on the Secondary Buildings Committee of the Real Estate Board of New York.

In 2004, Bradford Allen was invited to join TCN Worldwide, an affiliate network of commercial brokerage firms. Larry was elected to the Board of Directors in 2006, named Vice Chairman in 2008 and since 2010, has served two consecutive terms as Chairman of the Board.

As an active volunteer and contributor for the Lymphoma Research Foundation, Larry was recently honored with the LRF Chicago Tribute Award. He is also an active member of COLBA, and was recently inducted into Midwest Real Estate News’ Commercial Real Estate Hall of Fame.

Larry graduated from Franklin & Marshall College with a Bachelor of Arts in Philosophy, and lives in Highland Park, Illinois, with his wife, Jennifer, and three children. His personal interests include playing golf and ice hockey. 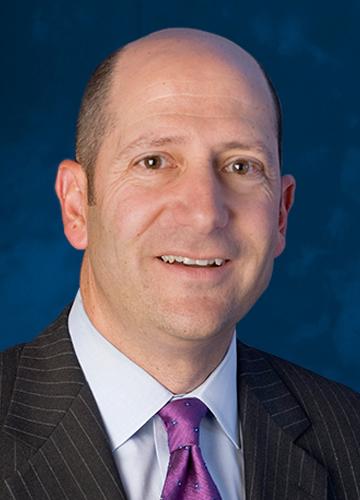