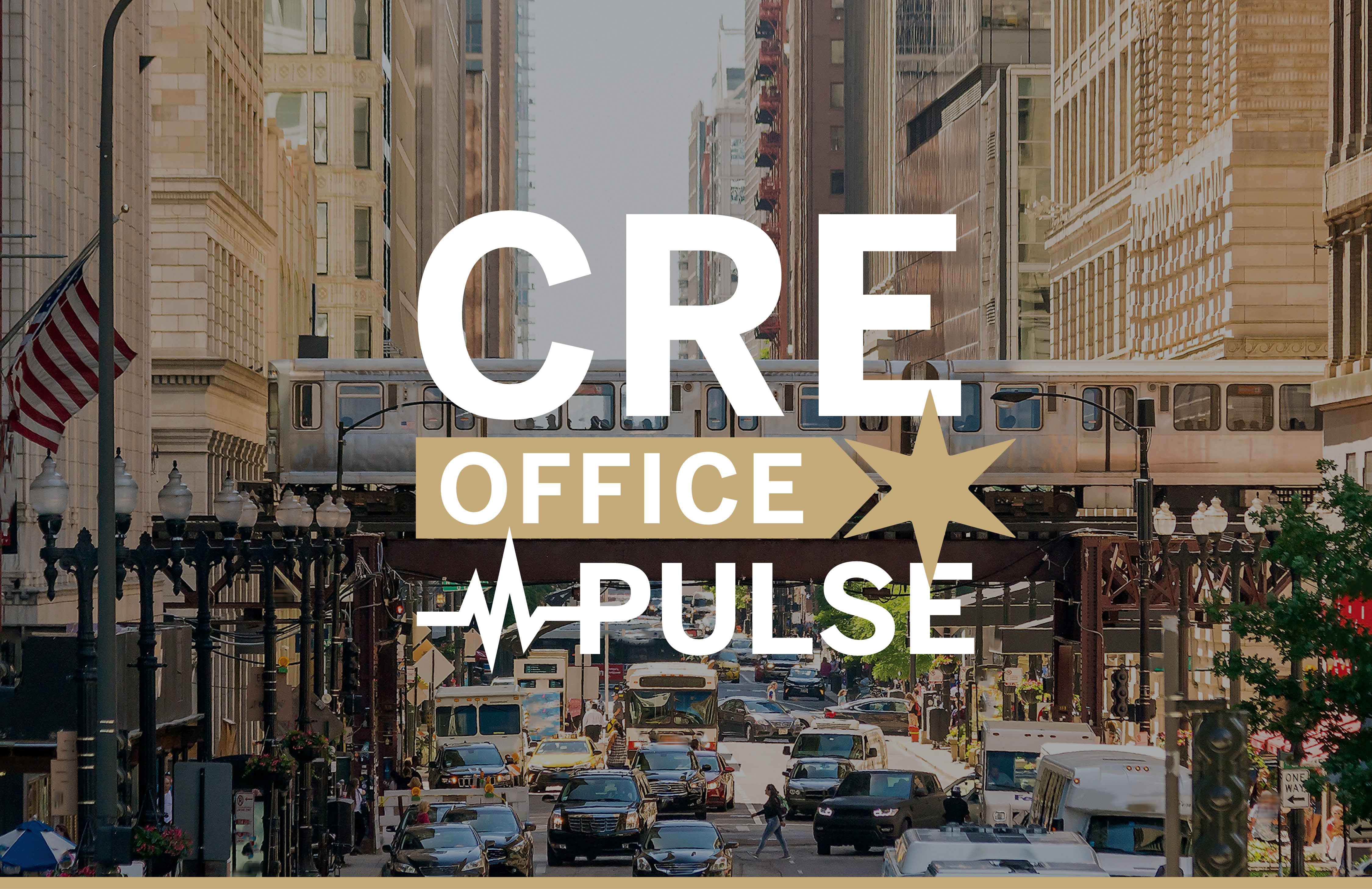 for Corporate Investment and Relocation

Major corporate exits, including Tyson, Citadel, and Boeing, have dominated Chicago’s news cycle. These high-profile move outs are often described in the context of deteriorating quality-of-life issues; yet, as recently as last year, Chicago was named the Top Metro for Corporate Investment by Site Selection Magazine, which tracked 441 qualifying business expansions and relocations in the Chicago MSA, resulting in more than 18,000 jobs. The city’s talent pool, accessibility, and cultural amenities remain a major attraction for employers—large and small.

Of course, office leasing markets worldwide have struggled since 2020 as businesses coped as best they could with the pandemic. Hybrid and remote work arrangements had some traction before COVID-19 but have become standard operating procedure for many firms trying to protect employee health and the bottom line. So, even for a popular office location like Chicago, the city and businesses alike need to adjust to a new way of working and orient their strategies and policies accordingly.

WHERE DOES CHICAGO RANK AGAINST OTHER MAJOR CITIES IN THE US?

Businesses weigh a variety of factors when deciding on a headquarters location. In this section, we look at some of the most critical metrics to determine how Chicago compares to some of its competitors.
1. COST OF LIVING — When looking at the overall cost of living in major markets across the U.S., Chicago stands out above the rest. For employees looking to solidify long-term plans, the Chicagoland area is the most affordable to do so. Chicago’s median home price in the metropolitan area is cheaper than many of its competitors, including New York, Los Angeles, Boston, Miami, and many others. Additionally, the Center for Regional Economic Competitiveness has created a cost-of-living index which compares prices for more than 300 urban markets across the country. By this measure, Chicago is more affordable than many of its competitors.
Source: Center for Regional Economic Competitiveness (Crain’s)
Source: Tax Foundation (Crain’s)
Source: Redfin (Crain’s)

3. LOCATION — Chicago has a wide array of amenities and geographical benefits that have drawn companies here for years, including the talent pool, public transit system, airport access, and healthcare infrastructure. The city is home to 28 universities, two of which are ranked in the top ten nationally by U.S. News & World Report. This creates plenty of opportunities for local companies to establish partnerships and job placement programs with universities in the city. Additionally, the city’s proximity to O’Hare International Airport is a large draw for potential tenants, especially considering the $8.5 billion O’Hare renovation/expansion project currently underway.

Another major draw for companies is Chicago’s local transportation infrastructure, notably the public transit system, which is the second largest in the country. Mike Reschke, the developer behind Google’s recent deal to purchase and occupy the James R. Thompson Center, noted that the CTA played a pivotal role in the tech giant’s decision to significantly expand its footprint downtown. The CTA helps those living in the city commute to their respective offices, but another key transit system, the Metra, allows employees working downtown to live in the suburbs without the hassle of lengthy commutes; the Metra provides easy access for those commuting downtown from Chicago’s surrounding suburbs through 242 stations operated on 11 different rail lines. The talent pool and favorable geographic location continue to draw new companies to the Chicagoland area, as there are already 35 Fortune 500 companies headquartered in the city.

IN CONCLUSION, the pandemic caused a fundamental shift in how employees interact with their workspaces, creating unprecedented hurdles for office landlords. Remote and hybrid work trends accelerated, and companies responded by weighing the need for office space against the overhead costs associated with it. Even as the worst effects of the pandemic have faded, foot traffic levels have shown little sign of improvement, both in Chicago and nearly every other major city. Across the country, office properties struggle to retain tenants as quality-of-life issues remain a major concern for all urban residents. And while declining occupancy levels and corporate exits are noteworthy short-term challenges, companies continue to invest in the long-term stability of Chicago’s CBD. Most notably, Google reiterated its long-term commitment to Chicago and plans to bring 5,000 additional employees to the center of the CBD. Major companies from other industries have followed suit, including Kellogg’s decision to spin off its $11.4 billion snack business which will be headquartered downtown, and Allstate’s likely move to the CBD after selling off their suburban campus earlier this year.

For corporate headquarters decisions, Chicago ranks well among its competitors, and the reasons companies chose the city prior to the pandemic have remained relatively unchanged. The diverse talent pool, favorable location, extensive transit options, and relatively less expensive cost of living creates an ideal situation for employers and employees. Even though the pandemic created a structural shift in the office market, companies continue to reaffirm their commitment to the city, helping the long-term stability of Chicago’s CBD.