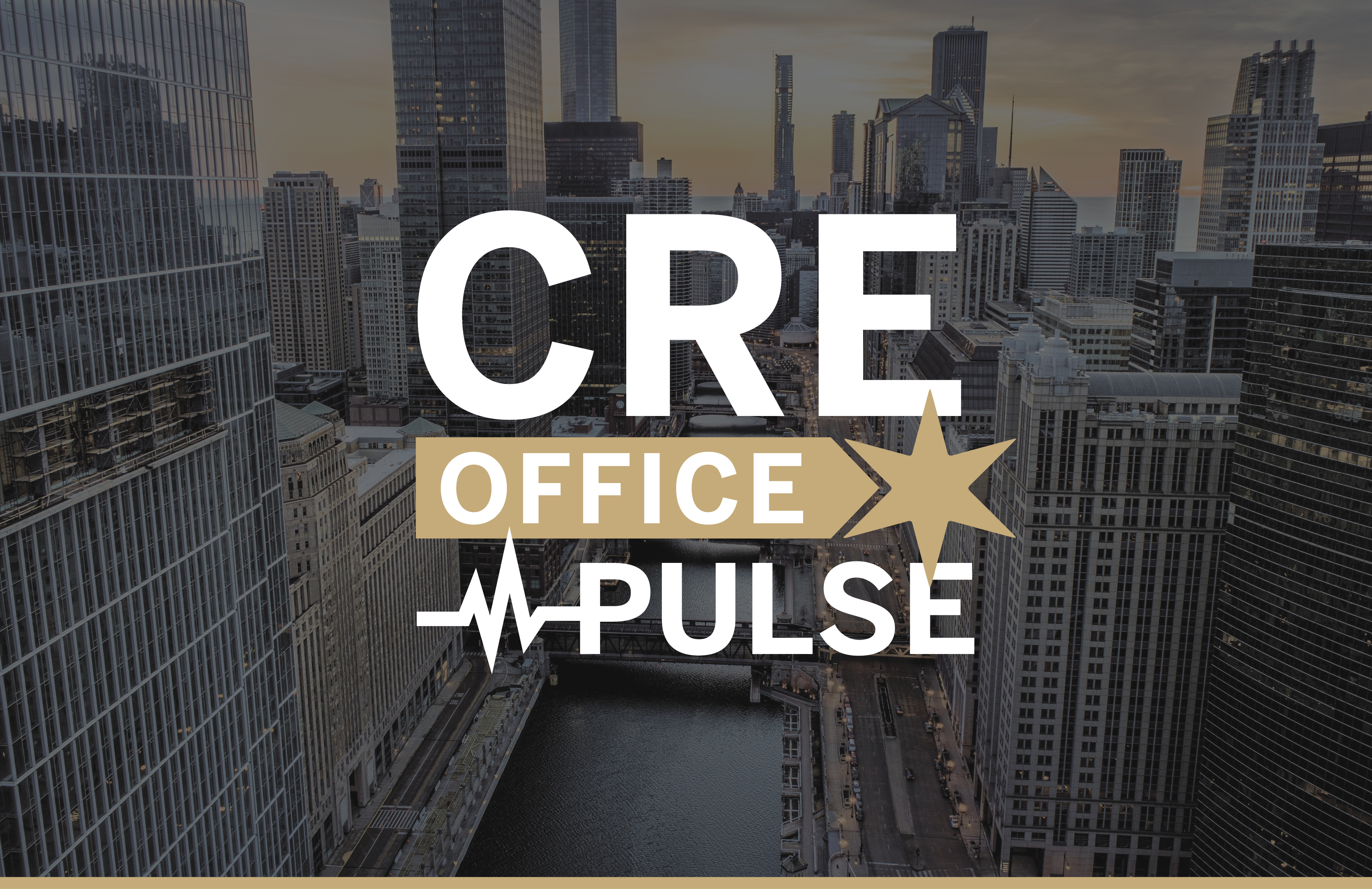 Leaders and Laggards in the Pandemic

In our previous CRE Office Pulse, we challenged the conventional view that the suburban Chicago office market was suffering from record-high vacancy rates brought on by the pandemic. By sorting the market into buckets based on occupancy rates, and then by tracking those properties over time, we confirmed something our brokers experienced in the field: the most-occupied properties—we called them the Leaders—improved occupancy rates through the years and were mostly unaffected by the pandemic; the Laggards—the least-occupied buildings, including empty corporate campus zombies—had been steadily losing tenants before the pandemic. The important conclusion is that broad market statistics can mask critical, property-level differentiation, which is the information that really matters to tenants, owners, and brokers.

In this follow-up, we set out to examine Chicago’s central business district (CBD) office market using a similar methodology to understand how the pandemic affected longer-term occupancy trends downtown. We sorted the market into ten buckets (aka deciles) by occupancy rates as of November 15th and looked at how vacancies for those groups evolved historically. To summarize our conclusions, we found that overall CBD vacancy rates surged higher in the pandemic due to rising vacancies among the Laggards (lowest decile), as the Leaders (highest decile) were stable-to-improved. Unlike the suburbs, where pre-pandemic trends were already driving a divergence between the Leaders and the Laggards, downtown’s market was relatively stable for the ten years leading up to the pandemic—there was no trend in place to be exacerbated by the pandemic. Rather, the data clearly reveal how Covid-19 caused a new disruption in the CBD (see Exhibit 1).
Source: CoStar; Bradford Allen

Furthermore, while the CBD and suburban Leaders are all Class A properties, the Laggards look very different. Contrasting the suburb’s hopeless zombie office properties to the CBD’s inventory, Class A buildings–especially recently delivered ones—were a conspicuous presence among the CBD Laggards (see Exhibits 2 & 3).

With these conclusions in mind, let’s examine our research in more detail.

Generally, the CBD Leaders are Class A trophy and A- assets with a diversified tenant base, long-term leases, and strong cash flows. Overall, the Leaders had exceptionally low vacancy rates of 3% or less. And unlike prior economic crises, the no-frills properties which attract value seeking tenants were not on the Leaders list. Conversely, the Laggards comprised the whole spectrum of asset types, from trophy through Class C, and had vacancy rates of 30% or higher. Instead of swaths of outdated, empty corporate campuses like in the suburbs, the CBD Laggards included four, state-of-the-art properties delivered to the market between 2020 and 2021, with 40% or more direct vacancy rates containing over 100,000 s.f. of vacant and available space.

Source: CoStar, Bradford Allen, and Real Capital Analytics
* Troubled/potentially troubled, lender watchlist, according to Real Capital Analytics.
Also included on the Laggards list were 15 properties on lenders’ watchlists, comprising 2.5M s.f. of inventory. While this is an important issue for the market to monitor, it represents less than 2% of CBD inventory. The relative health of the commercial mortgage-backed securities (CMBS) market was reported in Moody’s Investors Services’ October report, where the national delinquency rate backed by office properties averaged 2.6%—far below the performance of other assets which averaged a 6.2% delinquency rate.

Options abound for a flight to quality, given the above-average vacancy rates in Class A/A- space. But they also run the increasing risk of landing in a troubled asset, though the office market is still relatively healthy from a default perspective.

Robust new supply growth has been a constant feature of the CBD office market—seven million s.f. is expected to be delivered over the next three years—and it clearly had a notable effect during the pandemic. Perpetual new office construction means the market is more susceptible to demand shocks. However, there are reasons to be optimistic—these projects are not unwanted, difficult-to-lease zombie properties. On the contrary, new office buildings were the primary beneficiaries of most of the mid-sized deals signed since late September 2021 (see Exhibit 4).

Source: CoStar, Bradford Allen, and Real Capital Analytics
* Troubled/potentially troubled, lender watchlist, according to Real Capital Analytics.
In addition, this past quarter (Q3 2021) posted the largest volume of leasing transactions in square feet since the pandemic started in March 2020.
Chicago’s CBD and suburban office markets had notably different reactions to the pandemic. For Chicago’s downtown, the pandemic caused employers and employees to rethink their relationship with the workplace amid a constant new supply of trophy space. As the market recalibrates, some properties may not make it and be repurposed. But overall, assuming demand returns to pre-pandemic levels—and we anticipate it mostly will—the CBD should fully recover within the next two to four years.
Current and historical property data were compiled from CoStar using these parameters: 20,000 s.f. or more, existing and/or under renovation office properties in the CBD; excluding non-conforming and owner-occupied properties, and owner-subsidized, co-working properties which mask the de-facto direct vacancy rates.
Copyright © 2021 Bradford Allen. All rights Reserved.
The information contained herein has been obtained from sources deemed to be reliable; however, it has not been independently verified, and no warranties, express or implied, are made as to the accuracy thereof. Any projections, opinions, assumptions, or estimates used are for example only and do not represent the current or future performance of the property. You and your advisors should conduct a thorough, independent investigation of the property to determine to your satisfaction the suitability of the property for your needs.