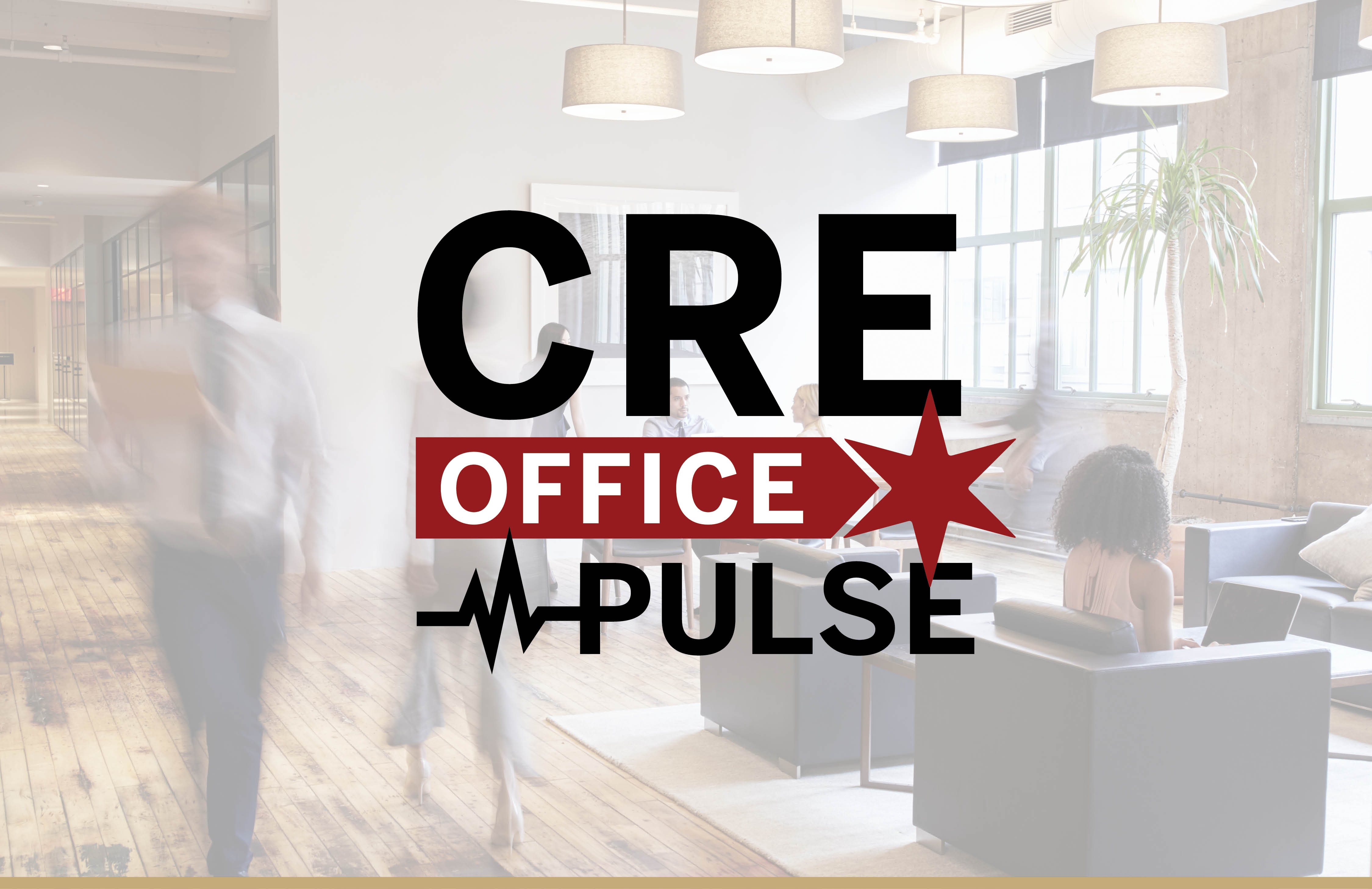 The Lingering Side Effects of COVID-19

To mark the one-year anniversary since the Covid-19 lockdown, Bradford Allen’s Director of Research, Rhea Stephen, sat down with four of our senior brokers to talk about the lingering effects on both the suburban and downtown office markets from the landlord and tenant representative perspectives.
What has been the PANDEMIC’S EFFECT on ASKING RATES?
JOEL
Landlords are still spooked by low occupancy rates and are willing to give more in concessions than they were pre-Covid. So, the deals are slightly better, but I would say no fire sales. During the early months of the pandemic, smart owners upgraded their building lobbies and bathrooms during the downtime. It paid off. West-EW Corridor is softer than East-EW Corridor; Far Northwest is softer than Near North. All of my current deals are basically at market rates. In the O’Hare submarket, with significant tax increases, rents have increased quite a bit.
NORM
Internally, tenants are trying to figure out their next moves. When is it safe to bring workers back? What percentage will return to the office? I’m not seeing a reduction in rents, but I am seeing a slight increase in tenant improvement (TI) allowances. With more money in their pockets for buildouts, we found tenants feel more confident to sign five- to seven-year deals than we would have expected.
JUSTIN
True, rates have not changed much. Landlords are holding firm with requiring at least five-year terms for buildouts. We’re also seeing TI allowances going further because overall construction costs in the CBD are going down. Often, we are seeing owners agreeing to in-place renewals at a lower base rent or offering more abatement (free rent), more beneficial occupancy (move-in before lease commencement), and more opportunities to exchange TI for future rent credit than they did in the past.
On the INVESTMENT SIDE are you seeing any headwinds to trouble?
NORM
In the suburbs, not really. To Joel’s point, the smart owners made capital improvements during the state’s initial lockdown order. Regardless of a building’s occupancy levels due to the pandemic—from the corporate user at 15% to the privately held user at 90%—tenants are still paying their rents.
ANDY
In the CBD, the story is more nuanced. Buildings heavily dependent on retail and low-credit tenants for their Net Operating Income or with large contiguous blocks of raw space are certainly struggling. To survive, landlords need to be flexible, to be open to terms less than five years and make some capital improvements like Norm and Joel suggest.
When I look at the data for vacancy and availability, CLASS C ASSETS APPEAR MORE STABLE than their Class A and B peers.
ANDY
In 2008, like other economic downturns, it was common for Class C buildings to be stable. Tenants tighten their purse strings when their financial futures are unclear, so these buildings see a pop in leasing. In addition, Class C properties are usually filled by smaller companies, and they can be nimble. A small business can quickly make the decision to bring a 10-person staff safely back to the office. They do not have nearly as many moving parts as larger corporate tenants do.
As I travel between our two offices, empirical data supports that there is a DICHOTOMY BETWEEN THE TWO MARKETS, SUBURBAN AND THE CBD. Do you foresee tenants moving from the city to the suburbs?
JOEL
Small users—meaning 1,000 to 3,000 square feet like private lawyers, independent business services, and one-man shops—they see no point to further commuting downtown, and they’re giving up their spaces there. However, we are not seeing major companies going to the suburbs from the city, and vice versa. In the suburbs, asking rates are low, with easier access to amenities and parking. Suburban offices never went to the open concept. They still have individual offices built into their layouts, which should serve them well for future demand for office space.
ANDY
Tenants moving to the suburbs is an overblown issue. You hear of some deals, of course, but they are few and far between.

Moving to the suburbs assumes the workforce is living there and that they have transportation—that’s the primary issue, but it ignores how much the Loop serves as a talent pull from different locations. When the vaccine is readily available, people will feel more comfortable riding mass transit again.

NORM
Office trends are reverting to where they were 15 years ago. A midsize user would have three offices in three different submarkets. Then the trend moved to consolidate operations into one downtown office. Now we are seeing companies establish smaller satellite offices to give workers the option to not have to go downtown.
For an office tenant, what’s the BIGGEST TAKEAWAY FROM 2020?
NORM
Last year, tenants learned some operations do not need to be in the office every day, and they can
allow their employees to have flexible work schedules. That said, they’ve now become fearful they
could lose some of their company culture if no one is actually physically working with one another.
JUSTIN
Exactly. It’s odd that these tech companies that employ a young workforce are willing to forgo office space. The Millennials and Generation Z are the ones who are the most unhappy with the state of things right now, living and working out of their studio apartments with no place to go and nowhere to seek mentorship. These companies must now ask themselves, how are we championing our culture without office space, without a place to gather?
Behind work-from-home trends, SUBLEASES have become the topic du jour in office space. WHAT’S YOUR TAKE?
JUSTIN
The flood of subleases is one of the few quantitative trends I see. Most everything else is based in pure conjecture. Subleases are great for the price-conscious tenant to make an effective, affordable move.
JOEL
Subleases under 10,000 square feet are absolutely in high demand—for the reason Justin gives—but when you start to get beyond that size, they’re usually riddled with benching and open-concept layouts. I don’t think many of these will get subleased. When everyone is safe to go back to the office and these spaces still aren’t leased, the tenants may just decide to stay.
Will we see OPEN-SPACE LAYOUTS fall out of favor?
JUSTIN
You’re still going to see plenty of open-space layouts, but probably with far less dense benching furniture in place. Going forward, users will want more distance between employees. The average RSF per person will start to climb back up closer to 200, as opposed to the downtrend we’ve seen in the past decade or so. It still depends on who the end-user of the space is: a tech firm is not going to start putting all of their people into offices and will still likely want an open, collaborative environment. To balance that out, they may also only have three-fifths of the workforce in the office at any given time. By default, the RSF per employee goes up.
Did you see OFFICE FOOTPRINTS GET SMALLER OR LARGER this
past year?
NORM
From a market perspective, it appears small- to mid-size firms are keeping their existing footprints, maybe expanding them, too. The publicly traded companies, however, will most likely reduce their footprints as a reflection of the flexibility they are allowing their employees.
JUSTIN
It’s all very unpredictable right now. Yes, small- to mid-size firms can easily assess their space needs and pivot accordingly. The large corporate users usually take around three years to plan their next moves. The overall effect of Covid-19 and the social distancing trends which began last year probably won’t be truly felt until 2024 at the earliest. Only time will tell.
So, what is your biggest takeaway AS A BROKER OPERATING IN THIS
NEW NORMAL?
ALL
SPEC SUITES!
JOEL
Tenants don’t want the hassle of a buildout. Adding to that frustration is the lag time to get materials
from abroad. The pandemic caused some real bottlenecks in global logistics.
ANDY
Landlords who are open to short-term rentals, even for their spec suites, can buy some time for the market to regain its footing. Demanding lease terms longer than three years will send tenants to buildings where ownership is more amenable. In today’s environment, the purpose of the spec suite is to capture tenants and hope they renew in place.
Copyright © 2021 Bradford Allen. All rights Reserved.
The information contained herein has been obtained from sources deemed to be reliable; however, it has not been independently verified, and no warranties, express or implied, are made as to the accuracy thereof. Any projections, opinions, assumptions, or estimates used are for example only and do not represent the current or future performance of the property. You and your advisors should conduct a thorough, independent investigation of the property to determine to your satisfaction the suitability of the property for your needs.